How not to ask for money 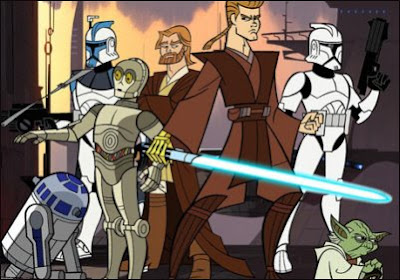 I was amused to read in the latest PRWeb newsletter that critics who wrote bad reviews of the latest Star Wars movie, The Clone Wars, are no different from fundraisers who wrote begging letters. They have got it all wrong because their writing is based on flawed assumptions.

The critics found fault with everything in the movie – story, dialogue, characters and the jerky, angular style of animation. But according to fundraising copywriter Karen Zapp, those reviewers are completely missing the point.

She explains: The first six Star Wars movies were directed to teenagers and adults – science fiction devotees. But this latest movie is targeted at cartoon-watching younger children who are a completely different audience. If you look at the Saturday morning cartoons of today, Lucas is right on the mark.

Similarly, fundraising organisations assume everyone they mail to comprises one uniform audience. In reality, donors come from distinctly different groups, such as (1) people who always give; (2) people who have donated in the past, but not recently; (3) folks who give at various levels; (4) people who are interested in different aspects of your mission; and (5) prospects versus donors already in your files.

The problem arises when non-profit organisations try to "clone" the same letter or e-mail to communicate with everyone in their list. You can't assume all donors think alike. Each category of donors have their own separate views and opinions concerning your organisation. So, if you craft specific messages that resonate with each group, you can expect to see better response.

Sending a good message to the wrong target audience is like an adult watching a kid’s movie: an annoying experience that is forgotten as soon as it’s over.

I’ve a good friend responsible for fundraising in a private tertiary institution. Occasionally, she asked me to draft a letter or brochure to mail to all donors and prospective donors – individuals, large corporations, small businesses – begging for money for an event or a new scholarship.

But no matter how eloquently I “crafted” the text, the response was always zero, nil, zilch, to the point that she began to suspect I was losing my marbles.

Now, reading Karen’s explanation, I feel reassured that I can still write effectively. It was just that in fundraising, one size doesn’t fit all. Most organisations in Singapore – the universities, charities and others – are simply too lazy to put in effort to research different donor behaviours, before starting a fundraising mailing campaign.

With digital printing, it is possible to customise newsletters, brochures and marketing collaterals so that different people receive mail with messages that cater to their preferences and mindsets.
Read more at PRWeb...
Posted by flightstick at 2:39 AM